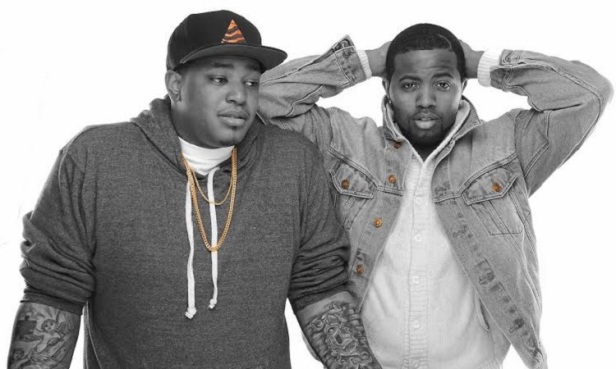 The family duo of T.O. (The One) and Joka are looking to build a new Hip Hop empire. The early maneuvers in the Hip Hop group known as .KOM’s quest for musical domination includes their new 14-track pHree EP.

pHree is part poetic comtemplation à la André 3000, part lyrical southern bounce reminiscent of Big Boi, and part psychedelic soul presented on rap albums like Late Registration. It’s clear the two cousins who grew up in Georgia, Illinois, and Michigan are students from the school of Grammy-winning Hip Hop acts OutKast and Kanye West, but .KOM takes those influences and creates a style all their own.

DZI: The Voice was able to chat with T.O. and Joka to get some insight into their new EP and more.

Yohance Kyles: How would you describe your sound?

T.O.: Being inspired by Kanye West and OutKast the most, we use a lot of soul samples but like to manipulate them in different ways. “WasNT spose To be me” is an excellent example, the sample is flipped and playing backwards.

Joka: I try not to answer this question, because it doesn’t seem like something you could answer accurately without fully blooming as an artist first. I honestly don’t think we sound like anything I’ve heard before, and we are still growing.

YK: How has living in separate regions affected the music you create as a group?

T.O: It had its negatives, but now it has its phenomenal positives… if that makes sense, lol. We are cousins first and foremost, also best friends, so growing up doing music casually, it became inconvenient hanging out and recording. It sucked because that’s my dawg, and being in a duo, you need that consistent bond in order to create something great.

Joka: I don’t think it had any negative effects. In hindsight, we are just different people that understand each other. Living separately and being raised separately made that possible. Really being raised and molded in Macon, Georgia just makes for more stories for us to find common ground on. It was more of a problem being separated, but that all works out for the good now. It was only tough not being able to record together and hang out.

YK: What did you learn from the experience of opening for Ludacris?

Joka: People will treat you different when you’re on the big stage even if your music is still the same you had on the little stage.

T.O: We signed boobs. We can retire now.

YK: What would you like for listeners to take away after listening to pHree?

T.O: Hopefully they replay it, replay it, and replay it some more. I hope they learn something about themselves.

Joka: It’s subjective, take what you want from it. I just hope you take something revealing or stimulating.

Joka: More visuals for this album until it gets to more people and our audience grows even more.

T.O: Tour? Or did I speak too soon… Aye, listen to the music so we can finally tour. Thanks, lol. 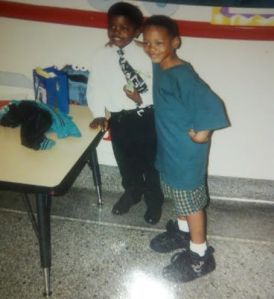