Getting tired of that same ole sound on mainstream radio? Well, some of the most innovative and inspired music is happening on the “underground” scene. But who has the time to read trade magazines or scan the internet for those unheralded artists who have yet to breakthrough onto the national stage? Don’t worry. DZI is here to help. We’ve complied a list of 25 acts that have music blogs and internet forums buzzing. DeZign Intervention: The Voice presents “25 Music Acts You Need To Know”; a 5 part series introducing the bands, rappers, and singers that have critics and fanatics waiting to see what’s next.

description: With her single “212” already having over 10 million views on youtube, the singer/rapper, formerly known as Miss Bank$, is ready to compete for the queen of rap crown. 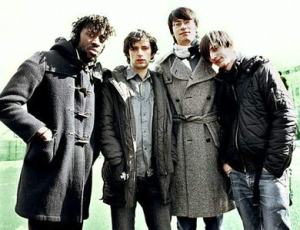 description: Already a platinum act in Great Britain, these Radiohead/U2 disciples announced they will be releasing their 4th studio album in 2012 after a 2 year hiatus.

description: P-Thug and Dave 1 prove that Arabs and Jews can coexist, and that the unlikely combination can conquer dance floors, international festivals, & video game soundtracks.

description: Before successful headlining performances at the Ultra Music Festival in Miami, Florida and the Northside Festival in Aarhus, Denmark in 2011, Alice and Ethan saw their self-titled 2008 LP rank as the highest debut and #12 overall on NME‘s annual “albums of the year” list.

description: The self-described “King of the Non sequitur” is part Jay-Z, part Lupe Fiasco, & part Eminem, but it’s his own streak of 3 critically acclaimed albums that has the net salivating for the Payback album that’s set to drop in 2012.