Thanks to the success of Drake’s So Far Gone, rappers now find it necessary to drop mixtapes that sound like albums, and in some cases, the tapes are far superior to their actual label releases (we’re looking at you B.O.B). The official mixtapes from these 5 emcees definitely kept their fanbases feed until the release of their LP’s. 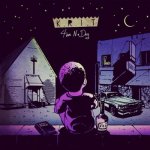 K.R.I.T. is 3 for 3 in the mixtape game. His latest masterpiece takes us on a journey through a single day with the Mississippi emcee.

One look at the title and you may think this project leans toward youthful transgressions, but DB flips the script and drops a “free album” with a message.

This rap prodigy delivers content well beyond his 17 years. Listening to 1999 may have 90’s hip hop heads thinking they’ve gone back to the future. 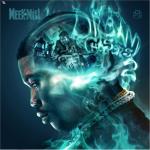 Going by the over 3 million downloads of D2 from DatPiff.com, it seems Rick Ross’s protégé is ready to bring street rap with clever wordplay back to the forefront.

Back in February, Wiz apologized to his fans for his polarizing debut album Rolling Papers, but on TA, the Taylor Gang leader recaptures his pre-mainstream sound and friends of Mary everywhere rejoice.

Agree? Disagree? Share your favorite hip hop mixtapes of the first half of 2012 in the comment section.