James Davis (professionally known as NeJcion) is the rare artist who is both a veteran of show business and a newcomer. He began his career at just 13 years old and later started to make major moves as a member of the now disbanded boy group T.Y.M. (Talented Young Men). Then going by the moniker “Young J”, NeJcion and his fellow group mates appeared on 106 and Park‘s “Wild Out Wednesday” and Showtime at the Apollo.

NeJcion has since gone on to focus on building his brand as a solo artist. He once again turn to television to break into the industry by auditioning for American Idol and Sunday’s Best, and while ultimately the reality t.v. format wasn’t the route for Davis’s road to stardom, he continued to grind on the tour circuit in his hometown of Philadelphia and by sharing his talents via YouTube. Eventually, the 24-year-old’s gospel-influenced R&B and pop musical style led him to a deal with Twenty Two Recordings and Capitol Records.

After releasing his first LP, My Turn, in 2012, NeJcion is now prepping the follow-up album to drop later this year. Get to know the City of Brotherly Love’s next musical ambassador in DZI: The Voice‘s Q&A with NeJcion. 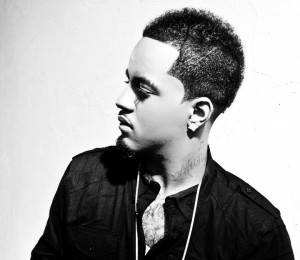 Yohance Kyles: When did you first discover your voice as an artist?

NeJcion: Well I was about 12 years old when I knew that this would be my career choice.

YK: How did you come up with your stage name?

NeJcion: I sat down and came up with something I knew would be the only thing that came up in the Google [search] engine. I started branding myself really early.

I dedicated my life to that for 5 years and when it ended I was lost, but when I found myself I realized that I learned a lot…

YK: You started off as a member of a boy group. Was it a tough transition to go from being in a group to a solo performer?

NeJcion: Oh very much so, because I dedicated my life to that for 5 years and when it ended I was lost, but when I found myself I realized that I learned a lot from the experience and it made me the artist that I am today.

YK: How were your experiences auditioning for American Idol and Sunday Best?

NeJcion: They were great experiences for me and my résumé, but I realized that platforms like that are not everybody’s reality. I was grateful for the opportunity though.

This is all I know so I had to keep God first, remain humble, and work hard until I have arrived.

YK: What motivated you to keep pursuing your dream even after the early setbacks?

NeJcion: My passion. My every waking moment. My drive. My determination. My reason for being. I have no “plan b”. This is all I know so I had to keep God first, remain humble, and work hard until I have arrived.

YK: Philadelphia has a long history of producing some accomplished music acts. What is the current music scene like in Philly?

NeJcion: The music scene here in Philly is great! This is where it all started for me zoning in on my craft and performing. The best venues, the best producers, and writers, not to mention the best talent period. Some great artists have come from Philadelphia so I am honored to be next up along with some other great artists!

YK: Traditional R&B music appears to be undergoing a resurgence on a national level. How do you see yourself standing out from other young R&B acts that are trying to break into the mainstream?

NeJcion: Well, me, I’m a triple threat. I not only sing, I act and model as well, so I know I will have a lane of my own because I automatically stand out. I’m 6’2 lol. No, but I have a very unique look and sound and I have not been compared to any of my peers so that’s a plus I’ll say. I just want a chance to show the world what I do! 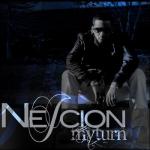 YK: What was your reaction the first time you heard your first album My Turn in its final form?

NeJcion: Aww man, that moment was surreal to me, but it really didn’t hit me until it came out to the public and the response I got from it! I was so emotional and excited to know something that I did was received in a great way. I will always remember that moment.

YK: You’re now working on your next album. What can your fans expect from the new project?

NeJcion: Evolution, rawness, love, life mist of all me like never before.

YK: What was the inspiration behind your latest single/video “Picture of Perfection”?

NeJcion: Being one with your significant other. Realizing that you and her are so beautiful that when she looks in the mirror she sees you, and you represent love and the beauty of it.

YK: What music artists have influenced you and what songs are getting the most play on your iPod right now?

NeJcion: My influences are Brandy, Tank, Keke Wyatt, Anthony Q, SongwriterTC, Tamar Braxton, Whitney Houston, Beyoncé, Seyvn, Jamie Foxx, and Budda from Mprynt, just to name a few, but Brandy is the only person on my iPod right now. I love her!

YK: Do you have any interest in pursing other creative mediums?

NeJcion: Yes, I want to take my acting career to the next level!!!

YK: What’s next for NeJcion?

NeJcion: SUCCESS! I’m ready to do all the things I dreamed of doing! You will be hearing a lot from me real soon. I’m releasing my next project this summer, and I have videos coming out, and I’m preparing for my first tour next fall!

Check out the video for NeJcion’s “Picture of Perfection”:

Out of this World: Q&A with Hip Hop Artist Milli Mars

Journey to the Stars: Q&A with Pop Vocalist Kim Viera

One thought on “Philadelphia Flyer: Q&A with R&B Artist NeJcion”