For many young black males escaping the attraction of street life is a difficult task, and unfortunately they often become trapped in the revolving door of illegal activity to incarceration. For singer-songwriter Joe Love, it was discovering and embracing his natural musical ability that lead him on the path towards a career in entertainment and away from his past of drugs and violence.

Before  Joe Love performs at his next show this weekend in NYC, DZI: The Voice interviewed the talented vocalist about his artistic direction and music ultimately changing his life. 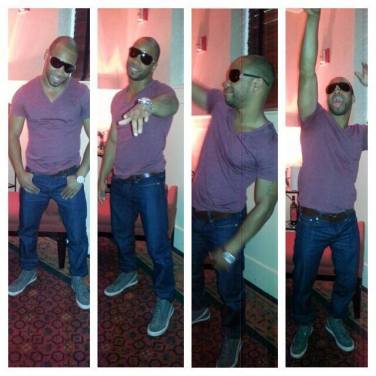 Joe Love: I discovered my voice professionally around November of 2012, but singing around the house with family or close friends has been something that I’ve been doing on and off since I was a little kid in New York and South Carolina.

YK: You started out rapping. Why did you decide to focus on R&B music instead?

JL: I mean it was always between rap and singing. Even when I was rapping I remember this one track I did with my homeboys that I actually sung the chorus. When I was locked up in 2009 I guess I wrote my first real “R&B” song to express how I felt about my current girlfriend at the time. It was called “Marriage.” Lol! She loved it, and that’s when I really discovered that I could write singing music, because I always used to think that it was too hard. I always loved to sing and just the thought of making singing music that I could sing to people made my day, and I think around that time I realized that I didn’t wanna be a rapper anymore. I wanted to sing.

YK:  You spent part of your early life in New York and South Carolina. How does your music reflect your experiences in both regions?

JL: My music is all about my life experiences and my thoughts… in Harlem, New York I was on the block. In Florence, South Carolina I was in the hood. I can’t really explain it to someone if they don’t know the difference or if there really is a difference between those two terms.

The people definitely have different mentalities. New York had the mentality of being the best in everything they do. South Carolina has the mentality of just being themselves. I guess because of that I strive to be the best that I can be without losing myself and feeling obligated to follow a trend, so my music reflects that.

I would be in New York, and they were doing one thing and the south was doing another. At the end of the day I was able to choose to do what I wanted to do and be comfortable with it, because I knew either way it went I would be doing something different from one of those places. Because of that I believe musically I have music and an image that can relate to those that can relate from any region.

YK:  How did your time while incarcerated impact your artistic direction?

JL: Instead of watching t.v. and playing games, I stayed in my cell with my celly, went to block-out, and just wrote and practiced my original songs, because I couldn’t record them so I needed them committed to memory. I didn’t own anything to listen to music, so I didn’t have much of that. Mentally I knew I had to make the best of out a bad situation, so all I did was write songs, sing, and work out mostly.

I only used to sing around people I was close to until one of my homies named G.O. started putting me on the spot singing in the yard for people. His whole purpose of doing that was to get me comfortable singing in crowds so that I would already be used to doing that when I came home to do it professionally. I would never do that before… well I can probably think and come up with a handful of times that I’ve done that before, but that was with people that I’ve known for years, never strangers.

YK:  What was the inspiration for your new single “Slow”?

JL: The inspiration for “Slow” came from me sitting in my cell and thinking about all my past relationships and wondering if the love was real and how some of the women I’ve dated could have been good friends but once we had sex and took it to that next intimate level, it was kind of hard to go back to being friends. In my head I just wanted to come home and meet a girl and just take it slow, like really get to know the person and really let them get to know me for a couple of months before we got intimate.

A lot of times we get into relationships before we get to know a person and later in the relationship after we get to know the person we realize that we don’t like this person or this is not the type of relationship we wanted to be in, but there’s already emotions involved. So we try to make it work but they never do. Most of my relationships only lasted for a couple of months, and that’s probably because I wanted my cake ASAP and thought we could learn everything else about each other later. Lol. That’s why the song starts out, “this time I try it different, try and treat these women like they women, try and get to know you for a minute before I try and hit it.”

YK:  Do you have idea when your album will be released?

JL: The Inner G doesn’t really have a release date yet. I had it set for October, but I changed that because even though I had a good line up of songs I feel like it was missing something, and once I felt that way I had to create what I felt was missing and that’s what I’m doing now. I can throw dates out there, but I think it’s gonna be more like a decision that’s made by how I feel and when my team thinks it’s time.

YK: You recently performed at the International Music Conference in Atlanta. How was that experience?

JL: The International Music Conference was a great experience for me being that I’m less than a year in the game, and I know there’s a lot of work that I need to take it to that next level where I can be on the same platforms as people like Chris Brown, Ne-Yo, Miguel and all of the other artists killing the game right now. I made some good relationships, got some good feedback, and now I know what it feels like to be in front of the caliber of people that were there. It was a great experience that I feel has taken me to the next level mentally with my craft. I’m constantly worry about what people are thinking about my music and my performance, and I’m finally realizing that they actually like me.

YK:  What’s your opinion of the current state of mainstream R&B?

JL: Current mainstream R&B is creative. Everyone has their own opinion about it, but I like the way artists do whatever they feel and make it work for them. I don’t knock it. Music is music to me.

JL: My ultimate goal for Money Stack Islands is for it to be a contender in the music and entertainment industry. I want it to be a global and international brand that’s seen everywhere and is in everyone’s mouth.

YK:  As a former rapper, which emcee would you most like to collaborate with on a song?

JL: Meek Mill right now, because he’s a hot rapper, and he keeps it real in his verses like I do in my songs. Realness is a must have quality for me.

YK:  If you could only listen to 5 albums for the rest of your life which ones would you choose?

JL: Aww man I can’t answer that question. There’s so many albums that I haven’t listened to or even heard about. I’m still trying to catch up. Lol. There’s no way I could answer that honestly. Lol. The 5 albums called every album in one. How about those.

YK:  Besides music, do you express yourself through any other artistic mediums?

JL: No, I really don’t express myself at all. That’s why I love music so much, because I can express myself through it. I’m really a closed off kind of person.

YK:  What’s next for Joe Love?

JL: The sky is the limit. Matter fact, why shorten my abilities that way. Next would be songwriting for some of our hottest talents making noise today and acting in movies. The reach is endless. But mainly an amazing album the wait is well worth it. Also, a dope collab party with celebrity stylist and designer Fatiah Rebbekkah on October 12th. All in all when it comes to what’s next, I would say tune in now and just watch my journey! 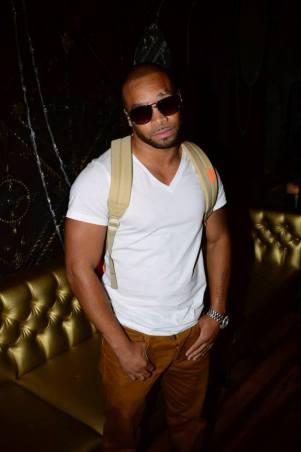 Getting The Funk Out: Q&A with Singer TRAEDONYA!