Staten Island emcee Tyrone Briggs is set to represent his borough at the Thirst Of The Boroughs competition. The Sprite sponsored event will take place during NBA All Star weekend in New York City.

With his latest single “Work” making its rounds on the Internet, Briggs is already building a brand that is grabbing the attention of blogs and listeners a like. His 2013 project Scattered Thoughts included the tracks “Cold” and “Spartacus”.

Briggs will be taking on other upstart emcees from around The Big Apple at Thirst Of The Boroughs. The Bronx’s Chris Rivers, Manhattan’s Dominic Lord, Queen’s Timeless Truth, and Brooklyn’s Nitty Scott will all compete against the S.I. performer in order to help crown their borough the “Thirst King Of NYC.” 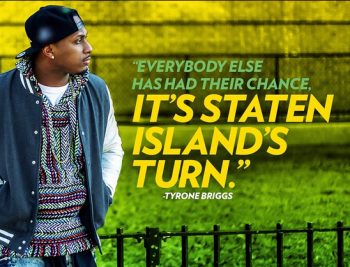