The Hip Hop duo known as Half-A-Mil blessed fans with three EPs over the last year. Now Dom Kennedy and Hit-Boy got together for a surprise LP.

Courtesy Of Half-A-Mil is a 14-track album that includes guest appearances by Larry June, TYuS, B. Carr and Jay 305. In addition, Ty Dolla Sign shows up on the track “Too Many Ways.” 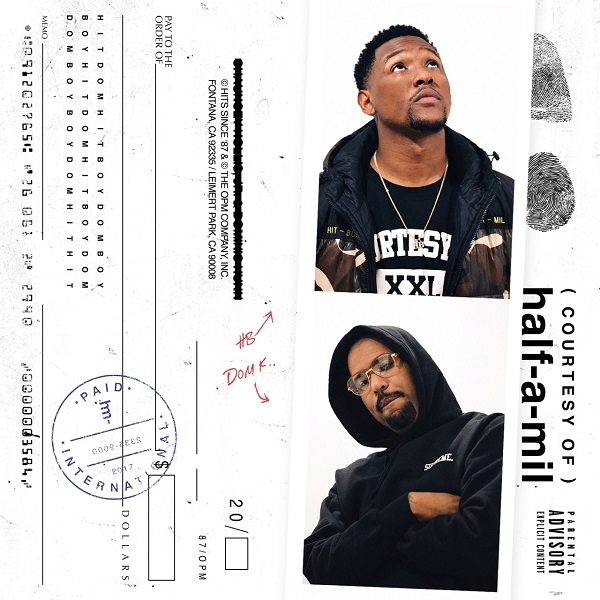