On December 7, Revolt will host a special night of art and music in Miami. The “Art Of Daring” event will feature BJ The Chicago Kid and Saya Woolfalk.

BJ The Chicago Kid is an Illinois-raised R&B singer signed to Motown. His In My Mind LP received a Grammy nomination for Best R&B Album.

Mixed media artist Saya Woolfalk incorporates science fiction and fantasy into her work. The New Yorker notably created the world of The Empathics, a fictional race of women who are able to alter their genetic make-up and fuse with plants.

To RSVP for Revolt Presents Art Of Daring click it. 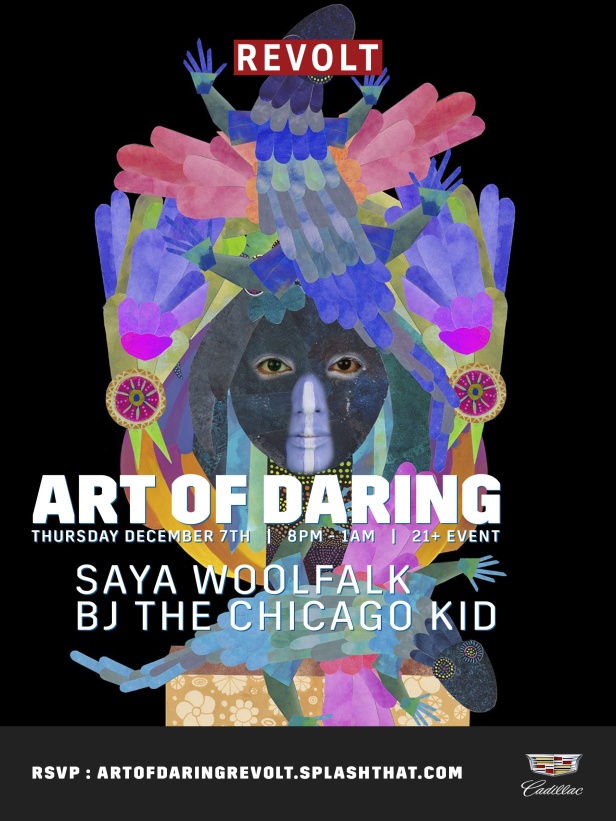