Hitmaking Hip Hop act Fetty Wap is heading out on the 20-date “The FMF Tour.” Fans in Philadelphia, New York City, Chicago, Los Angeles, Atlanta, and fourteen other cities will get the chance to see the “Trap Queen” rhymer perform.

Fetty dropped two projects in 2017 – Luck No. 7 and For My Fans II. The New Jersey native is currently working on his sophomore studio LP titled King Zoo.

Check out dates/locations for Fetty Wap’s “The For My Fans Tour” below. 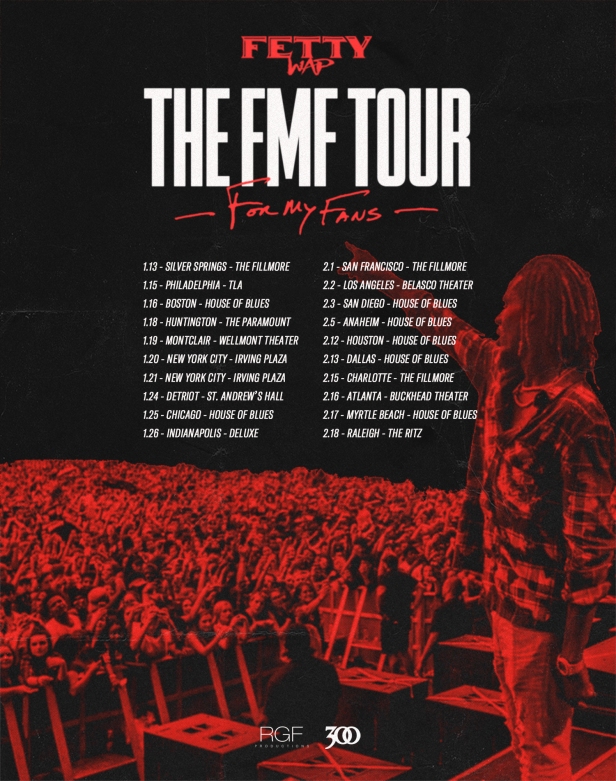 2 thoughts on “Fetty Wap Announces Nationwide “For My Fans Tour””