It’s been a week, and the “no spoiler” time limit is expiring, but for the moment, no spoilers…

The most consistent remarks regarding Avengers: Endgame is that, “it’s satisfying.” And I agree.

The film had the dual task of not only living up to the anticipatory hype that audiences were left with after the shocking (for those who hadn’t read the original comic books) cliff-hanger of Infinity War, but also drawing together threads of storylines, characters and events from the twenty-one Marvel Cinematic Universe movies that proceeded it.  In tackling this, the words of Nick Fury are more than appropriate:

“And there came a day, a day unlike any other, when earth’s mightiest heroes found themselves united against a common threat…to fight the foes no single superhero could withstand.”

The heroes of Endgame overwhelmingly succeed in this.  More impressive, is that this film is, at once, a celebration of the Avengers as a concept within the MCU, and a character study of the original six heroes who founded it.  Each character is addressed, in turn, analyzing the motivations, actions, and decisions that led them, not only to where they are at the beginning of the film, but also where they end up, by the credits.  I think that we all wanted the giant, over-the-top, action blockbuster that the three-hour runtime promises… And, man, is that delivered…  But we also get personal stories that very nicely bring those same characters’ arcs to a place that is, ultimately… satisfying.

Truthfully, if you haven’t seen the movies that preceded it, especially Infinity War, you’ll be more than a bit lost.  If you’ve seen any of the other movies, you are in for quite a few treats. If you’ve seen all of the movies (and the accompanying television shows), Endgame is going to touch just about all of your Fanboy/Fangirl sweet spots. 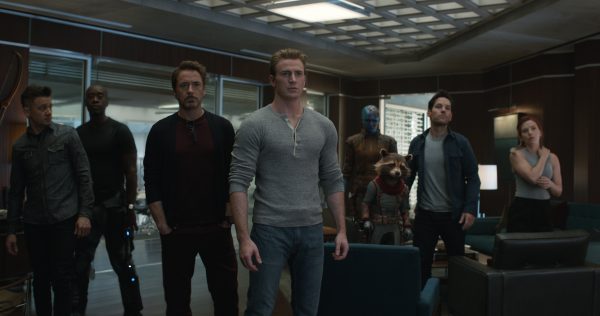 Without spoiling it, many of us have been anticipating a few special moments.  They’re in there.  And, yes, he does say IT… and when he does, it is damn perfect in scope and delivery.

I’ve had some time to think on it, and I’ll caution you to resolve to do the same: yes, there are some holes, but I’m going to choose not to overthink it.  I can put my Fanboy away enough to fully appreciate a really satisfying, enjoyable super-hero film,  one that, going back ten years ago, I wouldn’t even have imagined being made. 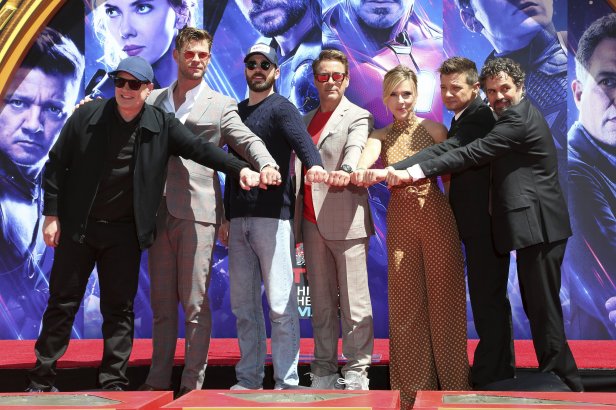 Hawkeye has become much more than he believes.

Black Widow embodies, “whatever it takes.”

The Hulk was built for this.

This is the fight for Captain America’s life.