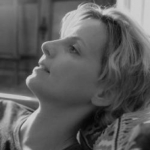 Director Carla MacKinnon made quite an impression at the London Short Film Festival while promoting The Sleep Paralysis Project, a short film/mixed media project detailing the horrors of parasomnia. The event sold out at the Science Museum’s Dana Centre in January.

MacKinnon, following a period of frequent, disturbing sleep paralysis attacks, decided to recreate the experience, meanwhile spreading awareness of the all-too-real symptoms of sleep paralysis. She compared her occurrence with the disorder as being incapable of controlling the uncanny sensations, saying in a director’s statement for the film, “The unconscious has taken me hostage!”

Her goal is to broaden, if not question the definition of consciousness and reality. Many of the symptoms, including vivid hallucinations of malevolent presences such as demons or intruders, the feeling of suffocation, and of course total paralysis, all occur in a state of crisp wakefulness. It was the “realness,” she said, that made the condition so enigmatic.

A medical explanation and diagnosis exists for the terrifying sensation, yet the visual diversity of this surreal phenomenon has given rise to many alternative reasons over the course of history. After researching cultural legends regarding ghosts and demonic beasts as an ancient explanation, MacKinnon began collaboration on the film.

Funded by the Wellcome Trust Arts Award, MacKinnon brought together a team of researchers, scientists and artistic advisers as consultants for the project. MacKinnon intends to unite live action film with an animated twist in an attempt to recreate the bizarre state of being unanimously identified with the disorder. With so many artistic mediums at her disposal, MacKinnon explained that “…Cinema is an artform of illusion, with a long tradition of immersing viewers in constructed realities… As such, film is the perfect tool with which to explore and express the subject…”

Taking film, science and history all into account, Carla MacKinnon’s vision is expected to be a well-rounded example of art imitating life. The short film is set to screen in May 2013, featuring actresses Anne-Sophie Marie and Victoria Grove.

For more info about The Sleep Paralysis Project click it

Check out Carla MacKinnon’s director showreel for her A Short Film About Freedom:

Top 10 Scariest Movies of All Time