Sasha Dobson released her third album Aquarius in 2013, and the jazz songstress is ready start off 2014 with another project – the Into The Trees EP. The 6-track album will include both original songs and covers with production by multiple Grammy nominee Joel Hamilton (Black Keys, Mos Def).

“The inspiration for the album was my budding collaboration with Joel Hamilton. Joel and I have pretty eclectic musical taste and influences,” states Dobson. “We thought a covers EP could help delve us further into this new world/sound we are creating together. And also to put ourselves in a world of no rules… just see what happens if we let ourselves go.”

Along with Hamilton, Into The Trees also features work by Kenny Wollesen on drums, Jon Evans on bass, Mikael Jorgensen on keys, Mauro Refosco on percussion, the Parkington Sisters on strings, and more.

Dobson and her talented group of musicians craft cover songs by Scott Walker (“Big Louise”), The Cure (“A Forest”), and Elliot Smith (“The Fix Is In”). The former background performer for Norah Jones also tackles the traditional folk song “Black Is The Color Of My True Love’s Hair”.

“Choosing a cover is tough because there’s so many ways to love a tune. The production, the artist, the lyric, the band. I mostly went with songs I either couldn’t stop listening too, or because I worshiped the artist and or the lyric,” adds Dobson. “Each song was its own world in how we made it and who we used to create it. Each unique and each different, like one big story, and the songs are chapters… chapters in longing.”

Sasha Dobson will be performing at the Rockwood Music Hall in New York City on January 21st. She will also be opening for Willie Nelson at Ruth Eckerd Hall in Clearwater, Florida on the 29th and at the Coral Springs Center for the Arts in Coral Springs, Florida on the 31st.

Into The Trees is scheduled for release on January 28th. 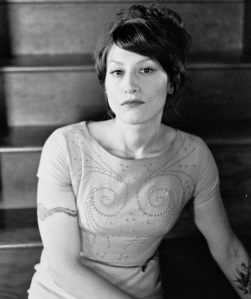 Check out the tracklist for Into The Trees and video of Sasha Dobson performing “Make It All Right”:

Into The Trees Tracklisting

One thought on “Sasha Dobson Announces New EP “Into The Trees””