The nature of the universe is that everything comes full circle. That enduring truth also applies to hip hop, signified by the fact that 2012 has seen a resurrection of the 1990’s hip hop sound. Both old heads like Nas (Life is Good) and newcomers like Joey Bada$$ (1999) reached back into the past to capture the “Golden Era of Hip Hop” on their latest critically acclaimed projects.

The last decade of the 2oth Century earned the title of the Golden Era because it was during that time that hip hop produced numerous legendary acts and classic albums. So since the 90’s seem to be coming back in style, DZI decided to look back at the 20 albums that stood out as the best of the best based on lasting popularity, replay value, cultural impact, and artistic vision. Numbers 20-11 are below, and be sure to find out which albums made the top 10 in Part 2.

The sing-rap delivery of today’s hip hop stars can be traced directly back to the melodic style of Bone Thugs. More specifically, it was E. 1999 Eternal, and its hit singles, that had wanna-be emcees from the hood to the burbs harmonizing with their homies about weed, welfare checks, and lost loved ones.

Things Fall Apart, anchored by the Erkyah Badu assisted “You Got Me”, was The Root’s breakthrough album. The Philadelphia band’s gold certified, fourth studio LP is also responsible for debuting other Philly performers Eve, Beanie Sigel, and Jill Scott.

Key Tracks: The Next Movement, Act Too…The Love of My Life, You Got Me

Brooklyn emcees Mos Def and Talib Kweli’s decision to join forces and release a collaborative album rather than their first solo projects was a hip hop Godsend. Black Star harkens back to the Native Tongues aesthetic that had been lacking in rap music in the late 90’s. 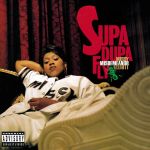 After contributing to the reinvention of R&B with Aaliyah’s One In A Million and Ginuwine’s …the Bachelor, Missy embarked on a mission of also redefining rap music with her own solo career. The futuristic sound of Supa Dupa Fly and its mesmerizing Hype Williams directed videos led the entire hip hop culture into the 21st Century. 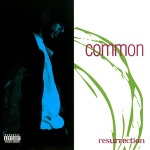 Common Sense’s (bka Common) second LP was one of the rare conscious rap albums to successfully pierce through the gangster, thug, or hustler motif that had overtaken rap music in the early 1990’s. Resurrection‘s appeal was sparked by the hip hop ode, “I Used To Love H.E.R.”, a track that many heads consider the greatest rap song of all time. 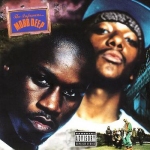 Mobb Deep’s first album in 1993 went virtually unnoticed, but instead of calling it quits, the QB duo signed to Loud Records, hooked up with Q-Tip, and eventually came back with the gritty The Infamous. Combining eerie production and surreal storytelling, Havoc and Prodigy’s magnum opus contributed to the rise of the dark, urban content of mid-90’s New York hip hop.

Key Tracks: Survival of the Fittest, Eye for a Eye (Your Beef Is Mines), Shook Ones Pt. II 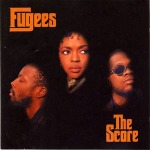 A Haitian immigrant, his cousin from Brooklyn, and a former child actress from Jersey united to create a hip hop trio centered around blending rap, soul, and reggae. The result was the Grammy-winning album The Score. The Fugees’ sophomore LP was a fresh take on Caribbean-influenced music, and it launched the superstar careers of Wyclef Jean and Lauryn Hill.

Key Tracks: Ready Or Not, Fu-Gee-La, Killing Me Softy 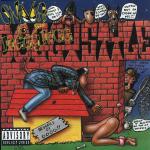 It’s rumored that Fear of a Black Planet sold over a million copies in its first week, but there’s no official proof since it was released prior to the Nielson Soundscan sales tracking system. Regardless, P.E.’s third album’s impact on hip hop is indisputable. It’s afr0-centric, political stance was the perfect compliment to Spike Lee’s film Malcolm X, and The Bomb Squad’s leading-edge use of sampling helped hip hop crossover from it’s infancy in the 1980’s to it’s zenith in the 1990’s. 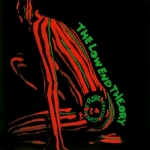 “Don’t you know that things go in cycles,” recites Q-Tip during the very first verse on Low End Theory. From the moment the opening track starts, Tip, Phife Dawg, and Ali inform the listener that A Tribe Called Quest’s second LP was focused on introducing a new generation to the sounds of classic jazz. Low End Theory is also credited as one of the earliest foundations of “alternative rap”, a sub-genre that highlights abstact lyricism and eccentric style. The album closes out with “Scenario” which is arguably the greatest posse cut in hip hop history.

The Case For Kanye West