The idea of reinterpreting the sounds of other artist’s work is a traditional hallmark of Hip Hop music. Going back to the days of the Sugarhill Gang rhyming over Chic’s “Good Times” sample for the classic track “Rapper’s Delight”, rappers have taken a piece of music and presented it a new way. That’s exactly what Detroit’s iLLYA Hudson did for his latest project.

DZI: The Voice caught up with iLLYA to discuss the 20-minute NWTSHOF and what he has in store next.

Yohance Kyles: What inspired you to combine Drake’s Nothing Was The Same and Big Sean’s Hall Of Fame for the project?

iLLYA Hudson: The idea basically came from being inspired by Drake and Big Sean’s recent albums. I feel like they did an awesome job using their lyrical ability along with the skill of making memorable music. I feel that I possess the same qualities, and I wanted to show it within this project. To me it’s not just about making words rhyme, I believe you have to do a good job conveying whatever message you’re trying to present to listeners. I think they do it well, and that’s definitely the impression I’m trying to make.

YK: How did the “Detroit Music” track come together?

IH: LONG STORY! (laughs) It’s actually a remix to a track I did on my second project called “Eastside Music” which did well, but I went to Ilajide of Clear Soul Forces with this song called “Treat Me Like a Man” by the Dramatics. Being a big fan of them as a child, I’ve always wanted to sample their music. Ilajide and myself sat and dissected the sounds, and he made dopeness. He’s my guy through E-Fav of CSF which is like my brother. He’s one of the first people who told me I should rap.

I met Richy Marciano from performing on some of the same lineups, and I really liked his style and work ethic. Guilty Simpson actually inspired the remix idea, because I’ve been a fan since I could remember. I could hear him on it before the beat was even done. He’s really a big inspiration to the Detroit rap culture, so it was only right. We had some genuine conversations. He also respected what I was doing ,and the rest was history. We all recorded it the same day and time together, so it was completely organic Hip Hop.

YK: What’s next for you?

IH: I’m actually working on my first album called B.On.E.S. (Based On an Eastside Story). It has a dual meaning. It’s basically me telling my stories from a viewpoint as an individual from the Eastside of Detroit and about my life in general which leads to the other meaning of bones being the structure of your makeup and bones being able to tell a story when you leave earth. It’s really going to display my diversity and song making ability.

It’ll have production from Ilajide of CSF, my in-house producer Dj Kolv, and my in-house producer/engineer Alton James. These are some gifted individuals, so this will be a very musically refreshing project where people can relate with myself and the music. Stay tuned for the single coming soon on www.iamillya.com. 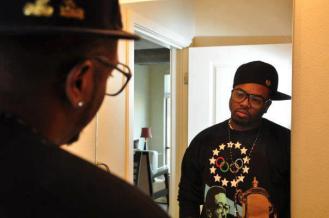 Stream/Download iLLYA’s Nothing Was The Same [since the] Hall of Fame mixtape:

3 thoughts on “New Mixtape: iLLYA’s “Nothing Was The Same [since the] Hall of Fame””