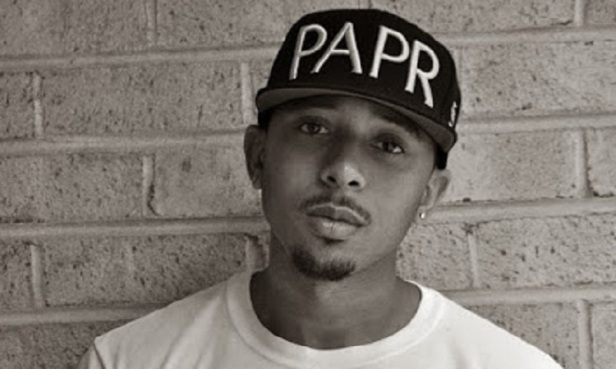 Have you ever wondered how almost every action you take can alter the direction of your life? Did your decision to take public transportation to work today instead of driving prevent a car crash from happening? Did choosing not to go to your friend’s party cost you the chance of meeting the love of your life?

Even the most minute choices we make can create infinite unknown possibilities. Your decision to read this very article may produce some unpredictable result that sets your future on a certain path. It’s this complex, yet fascinating concept that serves as the inspiration for Hip Hop artist PreCise’s upcoming project The Chaos Theory.

For his first official album, the Illinois bred emcee is taking a slight detour from the presentations of his earlier mixtapes A Dream Deferred and Streetlights @ Noon. The tracks on The Chaos Theory will present a new soundscape for PreCise as he challenges his audience to open their minds and reflect on the numerous chaotic avenues we all take every single day.

DZI: The Voice caught up with PreCise to discuss The Chaos Theory album and the interesting basis that inspired it.

Yohance Kyles: This is your first official album. How is this project different from your previous mixtapes?

PreCise: Let’s see. The Chaos Theory. This project is extremely different from the others I’ve worked on as far as becoming highly selective with the quality and style of the production. To be completely honest, it took longer to contemplate the delivery of the project than it actually did to record the damn thing.

Myself and my executive producer, Jeff Tribble Jr., went back and forth about specifics and logistics involving reception of the project, and what I was really trying to entail within it’s boundaries… if there were even to be any boundaries. The number of questions that ran through our heads were limitless.

The recording process was knocked out in a matter of weeks, and it’s like I caught the wind of inspiration and went. I was getting off a nine-hour shift at work and would go to the studio for another 6-8 hours straight. And do it all over again. So it was tiring, however worth it nonetheless.

YK: What inspired the concept for The Chaos Theory?

PreCise: The Chaos Theory‘s concept is mostly inspired through the idea of “The Butterfly Effect.” Meaning that the changes that occur in every individual life on this planet comes from monumental decisions as well as minimal impact decisions that we make every day.

These decisions shape, not so much the outcome of what we achieve as we all have a destiny, but the route we take to get there. This is a concept that is heavily overlooked and taken for granted, and I wanted to bring it to people’s attention.

YK: The album seems to heavily explore the theme of people’s necessity to constantly make decisions and how those decisions inevitably play out in life. Are you presenting yourself on the album as an artist who is investigating that idea or are you providing your own conclusions about that concept?

PreCise: You know, it’s a combination of both. Some songs are the exploration about my own experiences in that regard. Some explore my observations and conclusions on topics in general. Certain songs focus on the consequences of making decisions based on emotions like love, lust, anger, etc. Others focus on choosing a road less traveled knowing that it is less desirable or dangerous.

PreCise: I think it’s a 50/50 split. The idea seems to be a misconception due to the fact that people majorly focus on the negative in life, which is unfortunate. Just as many positive things happen as negative every day. But see life as a righteous and happy thing, so it smoothly runs and brings joy and happiness with blessings from God.

I think people become accustomed to the pattern of being blessed and having the positive aspects of life flow, so they become spoiled from the trend alone. So when something negative occurs, regardless of how monumental or minimal it is, people act like the world has ended. Therefore, it seems like negativity causes more reaction as you stated. But that’s a perception versus reality misconception. It’s what we make it, and as a human race we unfortunately make a lot more situations negative when it isn’t necessary.

PreCise: I address them, as well as others, with experience, . I also address the endless possibilities that they bring. I eliminated bias from the project and do not make one seem more desirable than the other. That, in essence, is for the people to decide.

Some people actually believe they have had a better experience in pursuit of lust over love or in greed over humility. I present the details of them all on the table and what they are likely to subliminally consequent the individual with in life.

YK: Are there any decisions in your life you wish you could go back and change?

PreCise: Never. Some things maybe could have been executed more practically. But the ultimate decision made means it was meant to happen, and I learned what I learned because of it. That’s what makes The Chaos Theory fun. The idea of manipulating the outcome of a decision before you know where it takes you. It’s appealing to contemplate. However, you never really know at the end of the day.

YK: Ultimately, what do you hope listeners discover about you as an artist after listening to The Chaos Theory?

PreCise: I hope they discover that I can identify with them, as well as them with me. Like, “Yo, we go through the exact same shit every day in different magnitudes. But I feel you. I’m just speaking about it through music.” I want them to also know that I do not take what I do lightly.

For more info about PreCise and The Chaos Theory click it