When Marc Hill decided to make the permanent transition from the basketball court to the recording booth, the Maryland native’s career move ended up producing a rising emcee currently making serious noise in the Hip Hop blogosphere.

Performing as Marc iLL, he dropped several mixtapes over the last few years, but his latest single “Thats The Thing” earned the 2012 North Carolina A&T graduate over 18,000 plays on Soundcloud and the title of “Heater Of The Day” on AllHipHop.com.

The former college b-ball guard is working on his next project iLLuminati. With a new mixtape on the way and upcoming tracks with fellow DMV rapper Phil Adé and Chicago’s Gerald Walker, iLL is establishing himself as a Hip Hop artist to keep an eye on.

Learn more about Marc iLL and his movement in this exclusive interview with DZI: The Voice.

Marc iLL: I would say I discovered my voice back around 2011. Before then, it was a struggle to get every song to sound how I wanted. It was almost like going through puberty all over again, with your voice constantly changing.

YK: How did growing up in the DMV influence you musically?

MI: I can’t really say that it had that much of an influence on my music. Of course it has an influence on the way I speak, but I try not to water down my music with slang terms from the DMV because this area is not the only place I am making music for. I want the world to feel and understand what I am saying, not just the people around here.

YK: DC has traditionally been more well-known for Go-Go music as opposed to Hip Hop. Has being from that area made it harder to get recognition outside the region?

MI: At the time Wale was coming up I would say Go-Go played a role in it being hard to get recognition, because it was much more popular back then than it is now. So he used that Go-Go sound to make people listen.

The problem that I see nowadays is that this area is flooded with artists, so you get the crabs in a bucket effect happening. People don’t want to give you the recognition and support you deserve, because they rap too or feel that too many people are choosing this career path and think it’s corny. I believe that you must have your hometown behind you first, before other regions will pay attention. That’s why you don’t see as many artists come out of this area in comparison to other places.

YK: You’re prepping the release of your iLLuminati project later this year. What can listeners expect from the effort?

MI: They can expect a well-rounded project. I would say this is my most versatile work to date. There is a lot more collaboration on this project than usual (usually there are no features at all), but most of the rapping still remains me. Most importantly they can expect to see progression from my last body of work.

YK: Can you explain why you chose that particular title for the project?

MI: The titles of all of my projects usually have the word “iLL” in them, and I’ve always thought it was funny how serious people take the Illuminati and honestly have no clue what it is or if it even exists.  So I figured I would flip the concept of it and make it my own.

The people I’m grinding with every day, the people who believe in me, and the people who support me in any kind of way is the Illuminati to me. In the end, when you become successful, those people usually played a part in the process.  So basically it’s me mocking the term, while at the same time creating my own movement.

YK: You also touched on the “Illuminati” theme on your song “Secret Society”. Are you in any fraternities or organizations? If not, would you be open to joining one?

MI: I have never been into the whole Greek life thing or joining any other organizations that you’re hinting at.  I touched on the topic of the Illuminati in “Secret Society” to show people how unfair they are to the individuals that are overly successful. Certain individuals work hard for years to achieve something and once they get there, people ignore the fact that it was not handed to them.  It may appear that people “blow up” overnight, but trust and believe it was a long drawn out process for most.

YK: You recently released the single “Thats The Thing” where you touch on some very personal events from your life. Was it difficult opening up about those situations on a record?

MI: It wasn’t that difficult opening up about those situations. I think it shows strength to be able to talk about things that make you seem vulnerable and weak rather than making yourself seem like “the man” in every verse.

For me, it is more difficult holding it in. Everybody has those thoughts that keep them up at night or those thoughts that make them question past decisions. Writing songs about personal things that go on in my life is more of a coping mechanism. It just so happens that people like them because the stories are so real that you could almost put yourself in my shoes as the song plays.  We are all human, so I know somebody in the world has been through something similar if not the same thing.

YK: I saw you sent out a post on Instagram that read, “Real Hip Hop Is Not On The Radio”. Would you like to see your music played on mainstream radio?

MI: Growing up I always felt like music was supposed to have some type of substance to the lyrics. The occasional party songs were cool because people need music to party to. I get that, but now it just seems like that’s all you hear.  You don’t really hear the artists with an actual message in their music on the radio anymore.

Of course I would love for my music to be on the radio, but I would want it to be a song that usually would not be played on mainstream radio (for example “Thats The Thing”), so that it stands out and doesn’t sound like everything else.

YK: What were the last 3 albums that you listened to all the way through?

YK: If you could collaborate with any 5 artists who would you pick?

YK: If you weren’t making music, what do you think your profession would be?

MI: I’d probably be on somebody’s basketball team. I feel like music distracted me from reaching my full potential as a basketball player.  When I should have been in the gym working on my game, I was recording.  I still happened to always be one of the best players on the court in a division 1 setting, so if music was out of the picture who knows how far I could have gone with basketball.

YK: Being from the DC area, what do you think about the controversy over the Redskins’ name?

MI: It’s been the name of that team forever. I don’t understand why it’s a big deal now after so many years. Isn’t “Yankee” a derogatory term? I don’t hear any noise about that organization. Just for the record, I am a San Francisco 49ers fan.

YK: What’s next for Marc iLL?

MI: Just continuing the constant grind to build my brand the right way and get my music heard. I am working with a young film director from the area on some visuals for my last project SampiLLs of My Life. You can expect to see those being put out soon. And of course, iLLuminati is on the way dropping in the fall/winter time. 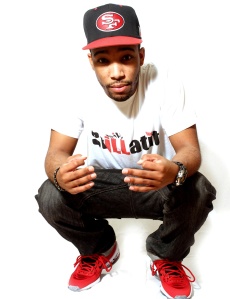 One thought on “He Got Game: Q&A with Marc iLL”