Many musicians use their art as a therapeutic release for the battles waging within them. Often times, it’s the struggle with – and ultimately the defeat of – those inner demons that inspire some of the most potent expressive material to be created.

Hip Hop artist, singer, producer, and engineer Tim Nihan’s intrapersonal conflicts with addiction could have staled the talented performer from reaching his potential, but the Bostonian turned to a greater power for guidance. The result? Nihan found his passion and his voice.

“After a rough couple of years, an unhealthy, co-dependent relationship and a drug addiction, in an act of desperation, I asked God for help,” says Nihan. “And for the first time I was dealing with life, instead of escaping it. It was scary, but something about it was pure and beautiful. I was finding who I really was. Not only did my family, work and personal life start to grow, but my music did too. My true self started to connect with the lyrics I was writing.”

Nihan’s music is a reflective view of his life. Tracks like the newly released “My Neighborhood” capture moments in his childhood. While “The Simple Things” provides a platform for Nihan to discuss the life changing events that he now values as learning experiences.

The standout song from the 24-year-old artist’s catalogue so far is “The Charm (Deja Vu)”. Borrowing a beat from the late producing legend J Dilla, Nihan raps about an unhealthy relationship that seems to keep drawing him back, despite the obvious damage the fling is causing.

Again, it’s life told through music. According to Nihan, the tune’s lyrics represented his need to find acceptance and gratification outside of himself.

“I was always looking for something to fix me. Whether it was clothes, shoes, money, drugs, sex, love or other people’s approval. What I didn’t realize was that ‘self esteem’ is just that, it comes from ‘self’,” Nihan explains. “I felt lost for most of my life. I switched friends and styles a lot, trying to search for who I was. Long nights getting faded, running from my problems, only to wake up in the morning with all of them still there.”

It appears Nihan was lost, but he’s now found. Others are beginning to discover his gifts as well. After giving up drugs and alcohol in 2012, Nihan gave his first ever sober performance on July 30th at the Mind Spray Hip-Hop Open Mic Showcase. He walked out the victor.

With a renewed drive and drug-free attitude, Nihan is grabbing the attention of online media and Hip Hop fans. He continues to focus on tapping into his innate desire to conceive intimate, engaging art.

“The only consistency I ever had was my love for music,” says Nihan. “I always had something pulling at me to be creative.” 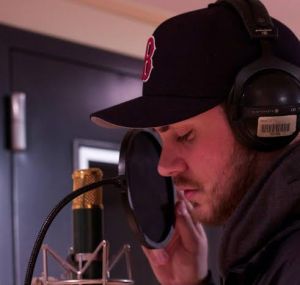 Twist of Fate: Q&A with Rapper/Producer D-Man The Truth