Even when undesirable forces and situations attempt to dull a person’s shine, perseverance and faith can drive an individual to heights that may have seemed unattainable. R&B singer D Lux is a testament to that ability.

The Milwaukee born artist’s life story is one highlighted by overcoming immense struggles almost from the time he was conceived.  While still in the womb, his mother threw herself down a flight of stairs in hopes of inducing a miscarriage. By the age of two, D Lux was in foster care bouncing from home to home, occasionally spending time with his mom. He  eventually found solace in music even though the woman who birthed him did not show any appreciation for his God-given musical gift.

“My mom would often tell me to shut up or beat me if she heard me singing,” says D Lux. “She would never recognize my talent until someone else did and then she would be quick to take the credit.”

Despite an unsupportive parent and difficult living conditions, Lux continued to hone his craft and eventually connected with We The Best Music Group CEO DJ Khaled. The high-profile entertainer co-signed the rising vocalist and even sign on to host Lux’s No Filter Chapter 1 mixtape.

The 19-track project features D Lux floating his vocals over tracks like Drake’s “Pound Cake” and “Wu-Tang Forever.” The latter of which provides the soundscape for a fresh cover of Ginuwine’s 1999 hit “So Anxious.”

No Filter also includes the  original single “Bomb Bomb” with a guest appearance by Ace Hood. Trae The Truth, Paul Wall, Project Pat, Mistah Fab, and other performers show up on the tape as well.

With the backing of We The Best and a proven drive to beat the odds, D Lux is ready to lift his voice and leave his mark in show business. From orphan to rising star  – D Lux has managed to create a brand new family unit through his music.

“Sometimes the best families are the ones God builds using unexpected pieces of our hearts,” states D Lux. 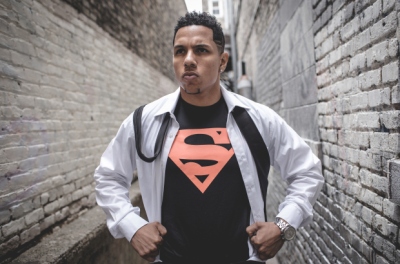