Every Hip Hop mogul from Jay Z to Diddy to Birdman began at the bottom and climbed his way up to the top. It took a mixture of dedication, hard work, self-confidence, and opportunity for those multimillionaires to eventually earn a spot on the Forbes list. Up-and-coming Florida rap artist Big Trin is putting in the work to hopeful one day see his name on the Hip Hop Cash Kings list as well.

Trin is looking to elevate himself and his fellow MBM crew members to legendary status in the game. The Orlando native is taking his first steps toward that lofty goal with the new video for the track “Dreams.” He plans to follow up that Statik Selektah produced single with his debut project No Pressure No Diamonds in the near future.

DZI: The Voice caught up with Big Trin to chat about his music, his hometown, the police, and more.

Big Trin: I still haven’t to keep it 100. I’m pretty versatile when it comes to the type of music I like to make, and I also understand it’s not up to me. It’s up to the fans. So I’m basically still trying to figure out what they like the most, so I can provide more of the popular vote.

YK: Who are some of the artists that have influence you musically?

BT: My biggest influence right now gotta be Prince Greg – shout out my nigga. Wayne and Birdman are huge influence since I could remember. They’ve run the game and they still run it . Jay Z and Diddy, not only for their music but for their business minds and examples of how far you can really take it. Wiz Khalifa, I love his situation and position in the game. I fuck wit my dog Wiz heavy. And the list goes on.

YK: How did the MBM team get started?

BT: The mastermind Greg came up with the name about 6-7 years ago at the beginning stages of his career before anyone else in the group was really working. We’ve always been niggas since kids – from playing AAU ball to running the streets.

Greg really introduced us to the process of music – from picking beats, putting tapes together to promoting the product. We’ve been running with it ever since. It means “Money Bxtches and Music.”

BT: I would describe my sound as different, fresh, and new. The way I spit and my delivery – I believe can add value to any track I jump on.

YK: How did you connect with Statik Selektah for the “Dreams” track?

BT: No lie, I didn’t. I somehow came across his beat and felt it, did the song, and that’s that. He did mange to reach out to me on Twitter. Maybe we’ll link one day for future work.

YK: You have a line on “Dreams” where you say you’re trying to be the greatest of your generation. Who would you name as the rappers that are competing for that title right now?

BT: Probably Drake. That’s a young nigga doing it big. I believe in doing it big man, and I hate seeing some of these young dudes fall short with the whole world in their hands.

YK: On your previous song “Money To Make” you say “fuck the police.” Have you had bad personal experiences with cops during your life?

BT: Yeah, what Black man in America hasn’t had a bad experience with the police? In my life and my world, they’re not here to help me. They’re here to catch me, so fuck em. I’m not an animal.

YK: At this point all the information in the Michael Brown situation has not been released yet, but from what you know thus far what’s your take on how the local police in Ferguson handled that situation?

BT: I think they handled it in the worst possible way. My heart goes out everyone out there standing up for what they believe. Change starts with the people.

YK: What can listeners expect on your upcoming No Pressure No Diamonds project?

BT: They can expect quality, lots of content, and guaranteed industry breaking music. All the songs will be carefully selected. I’m playing no games with this one. I have nothing but the highest expectations for myself and for this project. I’m aiming for timeless [music], so I think that’s what listeners should expect.

YK: What is the music scene like in Orlando? Are there any other artists from the area that are making noise right now?

BT: There’s a couple. Caskey and Woop are the main two I can think of. Cool dudes check em out. I think the Orlando music scene is up next. There’s a lot of unrecognized talent out here, and I can’t wait to see what the future holds for my city. I got plans to really bust the doors open for my city and shine some light on the local talent out here. We all deserve it.

YK: If you could only listen to 5 albums for the rest of your life, which ones would you choose?

YK: How would you measure success for your career?

YK: What’s next for Big Trin?

BT: Next I will be releasing my hit single “Been Ballin” sometime in the near future. I’m very excited about this one. I personally believe that this is the one that’ll put our foot in the door and really break the barrier between our dreams and reality. 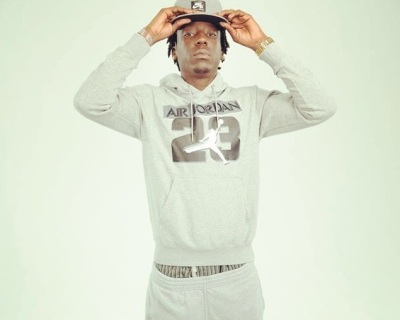 To connect with Big Trin follow him on Twitter @BIGTRINMBM
Check out Big Trin’s video for “Dreams”:

3 thoughts on “Putting On The Pressure: Q&A with Hip Hop Artist Big Trin”