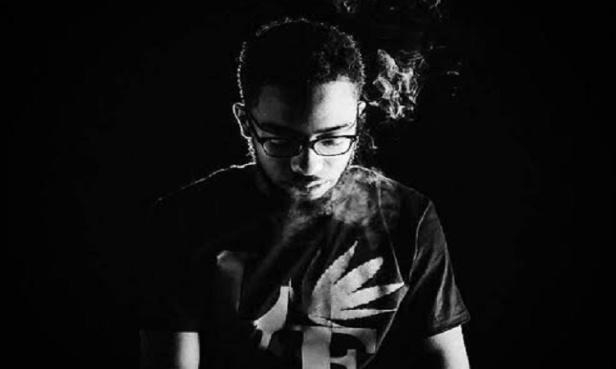 Rising artist Mazon is looking to help further grow the Hip Hop scene sprouting from his home state of Pennsylvania. The Harrisburg bred rhymer has already seen his music featured on AllHipHop and DJBooth, and he shared concert bills with Talib Kweli, Action Bronson, Freeway, and Beanie Sigel.

Mazon christened his journey as a professional recording artist by uploading several digital projects to Bandcamp over the last eight years, but it was the 2014 buzzworthy mixtape Moxy that got the attention of Hip Hop blogs and radio programs. The 25-year-old emcee/producer is now prepping the release of his official full-length project titled The Will.

DZI: The Voice chatted with Mazon about his Moxy project, his mother being a Hip Hop head, and which A-list actress he would like to see star as his love interest in a potential biopic.

Mazon: I got into music when I was really young. More so, just having a love for reciting and performing my favorite joints. I got serious when I started writing around 12.

YK: What first attracted you to want to pursue rap music?

M: I was attracted to the performance aspect of it. Back then, I was more inspired by the kid emcees than anyone else. I always thought, “I could do that.” I was the type of kid that wouldn’t care if I was grounded or in trouble because music and rap let me escape from my room. Pursuing music was natural for me.

YK: Can you remember the first rap you ever wrote?

YK: You recently released the video for “She Good.” Who came up with the treatment for the video and the surprise ending?

M: I came up with that treatment. I wanted to give the people what they wanted without being too predictable. The good ladies of BeGrand Productions helped me execute it and bring it to life.

YK: Was that voice message at the end of the “She Good” track real? What other rappers does she check for?

M: Yeah, that was real! My mom loves rap, among other genres. She likes anything with a good beat that’s not too wordy. She has Kendrick and J. Cole in her stash, but some of her favorites are cats like Eazy-E and Too $hort. From Common to 50 Cent, her collection is crazy.

YK: Your Moxy project opens with a spoken word piece about your ambitions as an emcee. How hard is it to balance your motives between creating the art that you want versus making a comfortable living off that art?

M: It’s a struggle on this level, but I respect the process. This is where people are made or broken.

YK: Listening to Moxy it’s clear you’re a student of Hip Hop by the different references you make throughout the project. What are some of your all-time favorite Hip Hop albums?

M: To name a few… Nas’ It Was Written, Jay Z’s Reasonable Doubt, Beanie Sigel’s B. Coming, Common’s Be, UGK’s Super Tight, Outkast’s Aquemini, Biggie’s Ready To Die. That’s a slim few. I hate making lists because it’s never a true representation of everything I really like.

YK: What’s the status of your The Will album?

M: Waiting on the people. But it’s coming sooner than you think.

YK: In past years acts like Fresh Prince, The Roots, Eve, and Cassidy represented for Pennsylvania, but the state has produced some of the most successful rap stars in the game over the last few years as well. Do you feel like Pennsylvania is finally getting respected in Hip Hop circles like other states?

M: I think they’re starting to recognize what we have to offer. For a while it was just Philly and then Pittsburgh broke the hinge off the door. My hometown is in the middle of them both, we share a different story.

YK: What was your reaction when you found out Skyy Hook mentioned you on Shade 45’s The Wake Up Show?

M: I can’t front I was hype! They played two joints. My man Phene from York, Pennsylvania hit me on Facebook like, “I’m pretty sure they just played you on Shade 45.” I got on the phone with him asap and got the details about when it was played, etc. Luckily, The Wake Up Show recorded that episode and had it on their Soundcloud so I was able to get to it afterwards.

YK: How did you first connect with The Stuyvesants?

M: I never connected with them. I tried numerous times before and after the release of Moxy. The beats that I used were from some free instrumental projects that they put together. I’m a big fan of their work, my homie put me on. I figured I’d get their attention with Moxy but still, nothing.

YK: You did a verse over the “We Made It” beat. What is the definition of “making it” for you?

M: Being able to feed my family with this. Being able to pay the bills with this. Also, I want to get to the point where I can call my favorite artists and produce for them. Plenty of artists would sound good over my beats.

​M: Keeping it G, I’d have to play myself. I still look young. But the leading lady could be Halle Berry. She’s older than me, but this is 2014, we could make it work somehow.​

YK: What’s next for Mazon?

M: ​Once The Will is out, I want to do some traveling and take my music to different cities and keep building on this fan base. I’m also helping the squad members of The Nosebleeds put their records together. Cordell, Damani, and Cool Davis have some special music dropping this year. Watch out for us.