After his family relocated from Columbia, Maryland to Charlotte, North Carolina, aspiring artist Brent Faiyaz’s parents gave him one more year to make his dreams of breaking into the music business come true. The 18-year-old rapper/producer took the challenge head on by recently releasing his latest free project- the Black Child EP.

The 9-track collection displays the rapping, producing, singing, and songwriting skills Brent has been perfecting since he first started taking piano lessons at 11 and creating beats at 13. Black Child also received a high-powered co-sign when it premiered on Drake’s OVO affiliate Tommy Campos’ Tumblr page.

DZI: The Voice connected with the LoKi collective member to discuss his latest work, his crew, his inspirations, and more. Travel further into the thoughts of Brent Faiyaz in this exclusive Q&A. 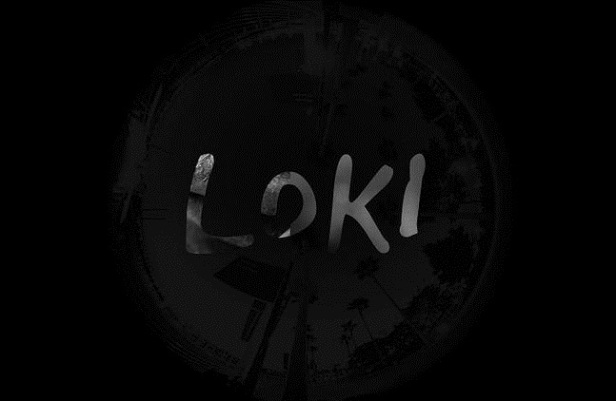 Brent Faiyaz: It wasn’t until this release I really started finding myself. I was isolated from my friends back home in Maryland, barely eating, staying in my room, and really just listening to music and messing with sounds. There were nights when I couldn’t sleep because of ideas I had. This is when I’d call up my clique, or some girls back home to vent about my vision for things.

I also bought a lot of new equipment with my social security checks from of my dad’s retirement. I had a plan to use my time after high school to make something out of nothing, tell my story, and sort of see where it takes me. I love my parents for that.

YK: How did growing up in the Maryland impact you musically?

BF: As far as my music, the home city is really my everything. I wouldn’t work so hard if I was from an area where I didn’t have so much to prove and so many people to put on for. I’m from Howard County (HoCo) a suburb in between Baltimore and DC. There really isn’t a music scene where I’m from. No one wanted to take pride in it until they saw what we did. Now everyone is like “LoKi til we OD.” I appreciate the support out there.

YK: How did you learn your production skills?

BF: It really started with listening. I was always into music and took keyboard and vocal lessons as a kid. Eventually my brother and I became really big music fans in that ’09 underground Hip Hop scene. I was around 13, and guys like Kid Cudi who seemed to come out of nowhere and gain national attention inspired me.

It was like Basquiat and Keith Haring in the 80’s. I thought it was dope, so I wanted in. So he started producing, and I rapped, but eventually he got focused on basketball and just passed it down. The more music I  listened to, and the more I practiced, I just progressed. I started listening to music and hearing things no one else could. I found my niche.

YK: You have a harder delivery on your Black Child EP rap tracks as compared to your previous project Sunset Avenue. Was this a conscious decision? If so, why did you make that change in your style?

BF: It really came when I listened to Sunset Avenue and then listened to other shit afterwards. After I release music, I look for flaws in it. I can’t really help it, but I’ll find something wrong, then go back to the drawing board. My delivery and mixing bothered me. I had trouble with the equipment I worked with, I disliked my voice, and I really felt the need to start over and take time with my writing. A year and a half later, I’ve graduated high school, I’m in a new place, and I feel I really challenged my artistic limits with this EP. It’s all confidence.

YK: The idea of reaching success is one of the main themes discussed on Black Child. How would you define success for your career?

BF: I feel like there are different levels of success. There’s that accomplishment you feel when you’re reaching your ultimate goal, and then there’s the accomplishment you feel when you’re finally where you want to be. I honestly don’t know how far I’m reaching. I’m just living inside a moment. I don’t even know how to describe it. A camouflage Ferrari is  something I really want the chance to experience. Maybe I’ll know then.

YK:  You also talk about relationships a lot in your music. At just 18 have you experienced love and heartbreak already?

BF: To an extent. I’ve had my fair share of feelings like the next person. But as a songwriter, I sort of taught myself to observe things way deeper than they need to be looked into. So it may have just been a small remark that I decided to make an entire song about. Just for the sake of being relatable.

YK: Can you explain the EP’s art work?

BF: I feel like today’s mainstream fears “black”… everyone’s afraid to be too black, for whatever reason. It’s like we’ve misplaced the inner beauty or our identity. Not like the 90’s. I wanted my cover art and album title to give off that Mos Def, Lauryn Hill vibe.

I wanted to bring a nostalgic feeling once gotten from Hype Williams’ videos, going to my grandma’s house for the weekend, talking sports with my uncles, and playing Madden with my bad ass cousins on Playstation. That shit that I can’t really explain with words. Something iconic. I feel like that cover says more than I can.

YK: How did you connect with Tommy Campos?

BF: It’s a pretty simple story. I’d been following him on Twitter for a while and got him familiar with my music. Once I started production on Black Child, I had the idea to get him involved with the exposure, so I got his email, sent him a bio and a few songs, and he responded agreeing to put the release on his Tumblr. We still email from time to time. He’s a real nigga. Could have easily ignored me, but I appreciate the time he took to rap some business shit.

YK: Can you explain the LoKi collective?

BF: LoKi is short for Lost Kids. It’s really an exclusive type of thing. The music is the claim to fame, but it’s really a whole movement. There’s about 20 or 30 of us. We all support each other. Some of us are collegiate athletes, some produce, some make music, some paint and draw, some book shows, some do web designs, but we have a look, sound, and a way of doing things. We’re a family. Sort of like a fraternity.

YK: Who are some of the music artists that have inspired you?

YK: What were your favorite albums released in 2013?

YK: You grew up in the Maryland and currently live in Charlotte. If you’re starting a NFL team right now, who’d you take RG3 or Cam Newton?

YK: What’s next for Brent Faiyaz?

For more info about Brent Faiyaz and LoKi click it

Under The Sun: Q&A with San Antonio Emcee LaJIT