King Author and Goose have been teammates since their travel soccer days as tweens, so it makes perfect sense that the two Columbus, Ohio artists joined together for their first full music project. King Author & Goose’s Prospectus is a 10-track free album which incorporates open book lyricism, Midwest mind-twisting flows, and laid back production.

With that level of excellence providing the blueprint for the artistic direction of King Author & Goose, the Endangered Originals collective members are off to a good start with the Prospectus mixtape. DZI: The Voice connected with King Author to discuss his debut project with Goose.

King Author: Direction, an unbelievable supporting cast, and joint love for rap, is what drove Prospectus. The name for the project changed several times, and it wasn’t until the project was almost completed that “Prospectus” struck me. We wanted the title to be unique and fitting. Prospectus was just that. The beginning, the first project, the framework and basis for everything to come. As for the music itself, we drew inspiration from life. Our experiences, our candid take on the world, our pain, our triumphs, our fears, and our dreams. Prospectus is us.

YK: Can you discuss how the single “Lost” came together.

KA: Deciding to release “Lost” as the debut single, was an obvious decision. It is my personal favorite on the project, and I believe it acts as the median sound on Prospectus. It’s not too up, not too down, and content wise it is well-rounded. Also, we believed out of all the tracks on Prospectus, it would prompt the most people to actually listen to the project as a whole, once released. 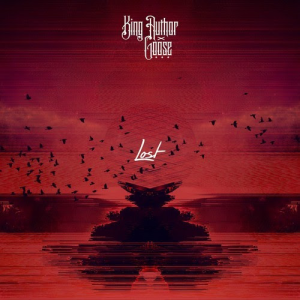 YK: Who handled the production on the project?

KA: Aside from “Modus Operandi” (which was produced by our engineer, Rafiyel), the production is, in short, a random collection. The instrumentals used were free downloads from YouTube. Reason being, this project was not crafted for profit. It was created for the small fan base that we already had; we needed to repay their patience. Prospectus was to get our feet wet, help us promote ourselves, and widen our fan base. This project offered that foundation.

Moreover, for Goose and I, writing is not something we force. It’s the production that paints these pictures in our heads, the pictures we then portray for our audience. And in this case, it was the production of unknown artists (like ourselves) that laid the construct for our debut Prospectus.

YK: What are you working on next?

KA: Up next, well, there’s a lot up next.. Personally, I am working on an independent project, in which I will own exclusive rights to all the production, and I plan to release it as a full album at either the end of this year or the beginning of 2015. In addition to that, I am also working on a little project with my Endangered Originals kinfolk that is set to release this summer! Goose and I are also in the planning stages of another joint project – meaning our fans should expect lots of great music from us and our partners in the upcoming months and year!